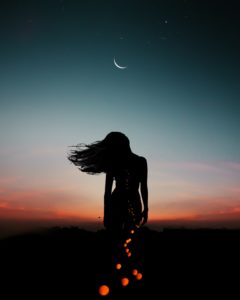 On New Year’s Day, I bid farewell to a dear friend – a beautiful, vibrant woman whom I’ve considered my soul sister since we first met more than 20 years ago. Though she lived 1,500 miles away, I was fortunate to be with her when she died, and to hold sacred space for her husband and two young boys and her sister as we shared stories and laughter along with her last breaths.

She was a remarkable person. Among the myriad roles she played in her life, she was a Mindset Life Coach, helping others to uncover their greatest potential by examining the deeper meaning of their life experiences and growing from them. So, it comes as no surprise that she would look at her experience with metastatic breast cancer differently than most. From the moment she was diagnosed on her 47th birthday in early 2018, she began considering how she could engage cancer in a way that felt life-giving. She challenged herself to find empowerment in it, rather than fear..

Perhaps, she thought, she could dance.

That might sound strange. But as she wondered about traditional protocols and their success rates, about the quality of life and the story line they offered her, she questioned deeply if they were for her. As she studied about cancer, she learned that it wasn’t actually an invader, but her own cells acting with a mind of their own. And she thought, that being true, what was the fight? When the prevailing narrative for cancer is one of war, who would she be battling?

She believed she would be inflicting that violence upon herself.

Complementary treatments appealed because they made the most sense to her. True to her nature, she questioned the prevailing cancer story and wondered how she could write her own story with cancer from a place of curiosity, kindness, and compassion instead. She wondered how she could use the power of the body-mind-spirit connection to improve her experience, and how she might relate with herself and with all of the cells of her body to regain equilibrium and systemic wellness, never ruling out the possibility of remission.

She began to describe the journey as a dance.

Sometimes disease would lead; sometimes she would. It had moves to teach her about vulnerability and strength, about asking for and receiving help, and about finding joy in a situation that was far from ideal, with an unknowable trajectory and outcome. But she had moves of her own. She learned to make important memories, to love herself and each of her loved ones fully and well, to laugh alongside adversity, and to have heart wherever her journey would take her. She learned how to better listen to and act on her intuition about what she needed and to trust her heart.

Most of all, she had a great faith in what felt right for her, leaning into it with each step she was offered, forward or back.

No. Cancer wasn’t a battle for her; it was a dance of mutuality and wholeness, of respect even if at times she couldn’t help but feel angry or deeply disheartened by her situation. It wasn’t a fight to the death, and she didn’t lose. Her death is not a failure. She succeeded by how she lived — with deliberate intention–with generosity. With grace.

Eventually she learned that she wasn’t in charge and that her dance with cancer was in actuality a dance with life and with death. It invited her into something bigger and more mysterious to navigate. If she had her choice, she would have stayed – she loved her life – but she understood that by opening to acceptance, she would find peace. She didn’t give up, and she learned how to surrender. A paradox that is difficult and painful at times to hold, especially for those who remain.

My dear friend’s dance is a sacred reminder to me of the importance of listening within for our own music and finding the steps that are our own. There is no one right way to do this life or any of the challenges we face in it. She told me once that she never would have chosen cancer’s place on her dance card, but she accepted the invitation to come into relationship with it in a way that helped her grow and become more of who she was. And as she learned how to dance with life and with death, she generously invites us to do the same.

as originally published for End in Mind on January 29, 2019

Posted in creative engagement, death, end of life doula, life and tagged authenticity, breast cancer, dance with death, reframe, story
← Give the Gift of “I Love You”The Death You Want →