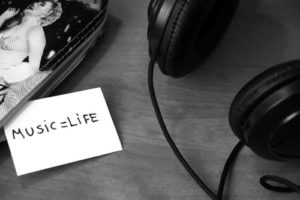 The other day, I was driving to a friend’s house when a song I have long loved came on the radio, She Used to Be Mine, by Sara Bareilles. There are days when the song moves me to tears on its own, but as I drove, my friend Laura, who died on New Year’s Day, came strongly to heart. It was as if she were there and we were roadtripping together. Without warning, I began to sob. And as I imagined the view this offered to passersby, I began laughing. And then I sobbed harder. And then hysterically laughing once more, until I literally could not tell which was which; the two emotions so divergent, yet so similar, it took my breath away.

Prior to the hours and moments of Laura’s dying, we hadn’t talked about such details as what music she might want to have accompanying her. As it was, the oxygen was bubbling at the head of the bed which had a soothing white noise effect. Occasionally we had the porch door open and heard some birds and a little road noise. There was a cd player in her space, but no forethought on our part as to what to play and only the hospice’s cds to choose from. I recall Michael Bublé making the cut, which I knew she loved, but it left me wondering if something else would have been more preferable for her.

Days later, as we were planning her celebration of life, I remembered that she had used Spotify over the years to build playlists of songs that she found fun, that held meaning, those that inspired and moved her. So we began perusing them for options for the service itself.  As we thoughtfully selected songs for her day, I was comforted in knowing that the songs we chose were special to her. Her playlists were an unexpected and sacred gift. As a death doula, the fact that we hadn’t gotten to preparations such as what she might want in her space as she died, or clarifying her vision for her celebration of life, felt hard for me. As her soul-sister, I wanted these plans and details and all of the information about what she wanted spelled out so I could feel more connected to her.

What I’m recognizing is that what she’s done in creating these playlists, delightfully unintended, is offer an invitation to create lists of my own. Most specifically, I’m starting a list of songs cheekily entitled, My Deathbed Playlist, that I want played as I’m dying, or to leave to be remembered by after I die. Ever since I was a teenager, Alan Parsons Project’s Old and Wise has held sway. Into the Mystic by Van Morrison and The Beatles’ Let it Be are a close second. And so I create my own list, a little at a time, which enables me to tune my ear more deeply to the songs I love and listen for those I would want to soothe and inspire me as I make my transition, and those I would want to soothe and inspire my loved ones as they reflect on who I was and how our relationship continues after I’m gone.

Music is timeless. It doesn’t bend to the same rules of space and time as we, in physical form, must. It’s indescribable ability to reach across years and decades, generations and lifetimes, leads me to believe it comes directly from the spirit realm itself. So why wouldn’t we use it as a means of connecting with those who have passed? Why wouldn’t we feel infused with the presence of our loved ones when we hear the songs they used to sing freely, dance wildly, or cradle lovingly to?

The beauty is that we can start now as a kind of practice in keeping the reality of our impermanence close, curating our lists for our loved ones; for ourselves. Songs to document and celebrate this life we’re living now, as well as songs to usher us across the threshold, and most literally, Beyond.

Where would you start? What song tops your list? Leave your Deathbed Playlist song choice in a comment on my Facebook page and I’ll create our collective playlist to share for ideas and inspiration at a future date.

as originally published for End in Mind on March 7. 2019